The claims declaration service of TVT Seguros: your trusted agency.

At TVT Seguros, your Zurich insurance agency in the Canary Islands, we are always looking for the quickest and easiest way to help you process your car, home, commercial, community, civil liability, etc… claim.
You can do all the paperwork online or visit our offices in Tenerife South, Adeje and La Palma, El Paso.

Roadside Assistance in English and German

What type of claim would you like to report? You can report your car or traffic accident claim, household claim, water damage, theft, fire, etc… Choose the type of claim and fill in the form below:

Does anyone claim the civil liability of an accident caused by you?

Accidents with your Car - Motorbike - Van

Have you had a traffic accident?

Have you had an accident at home or in the content or building of your home, community or business?

Declare your claim by phone

Our professional team will advise you by phone, ask you the necessary questions for the opening and processing of your incident and will indicate what documentation you need to present in each case.

What are the advantages in choosing a collaborating garage?

Taking your car or van to our approved repair garages has its advantages. And free services!

One of the many advantages of choosing a collaborating garage is that you can have a replacement vehicle for the hours/days when your damaged car is being repaired subject to availability.

Summary of advantages for Collaborating Garages:

Out of the 800 collaborating garages, our agency recommends:

Adeje Galeón – near to ITV in Adeje – (German and English spoken)

You can download the European Friendly Accident Declaration document here. We recommend that you always keep a couple of printed copies in the glove compartment of your car or motorbike. If you wish, you can also come to our offices and we will give you a physical version of the document. If your mother tongue is not Spanish or you live in an area with many foreign residents or tourists, we recommend you also print a copy in English and German to facilitate communication in the event of a claim.

Find answers to all your questions

When a client has a claim this is the moment to demonstrate that we are here to help you. In your TVT Insurance agency we have a claims department that will help to process your claim and defend your interests. To declare a new claim, please fill out our forms providing as much information as possible,

You can also send us by email relevant photos, police statements, estimates, invoices or any paper work which will help to document the claim or pre existing content or building damage.

Our Claims department will start to work on your claim immediately and will contact you with the claim number and send when necessary, an assistance company or Adjuster.

We have prepared a summary about the system of claim management in Spain between Companies, Agreements and waiting periods. We hope you find it useful and help to solve any doubts.

What is the Zurich Insurance Assistance number in Spain?

If you have had an accident or claim and need help, the assistance numbers for Zurich Seguros in Spain are:

What to do in the event of a loss

The purpose of your insurance policy is to help you and to compensate you financially in the event of a loss.

If a loss covered by this policy occurs, we recommend that you do the following:

• Use all means within your power to minimise its consequences.

• Read the “Object and scope of the Insurance” section of your policy carefully and make sure that the loss really is covered.

• Contact us  and give a detailed explanation of what caused the loss and what its consequences are.

• Send the claim report form to us as soon as possible giving as detailed an account as you can of any damage sustained.

• Make a statement to the judicial authorities or report the incident to the police, depending on the type of claim, stating the date and time when it occurred, the causes, circumstances, damaged objects and an estimate of the damage.

When we find ourselves involved in a traffic accident, besides the initial shock we have to speak to the other driver with a view to fill out together the “Accident Agreement Report”. To avoid a confrontation or failing to reach an agreement, where ever convenient always call the National or Local Police or the Guardia Civil.

The accident agreement report or DAA (Accident declaration report) is a European document that exists translated in various languages. We have the accident declaration report available to download in English, German, French, Estonian etc.. It is very important that you understand what you are filling out because once signed the report acts as a contract and you cannot deny what you have signed. Remember that the translations serve merely to help and that here in Spain you should preferentially sign the Spanish accident report.Once the police have arrived at the scene of the accident they will consequently write a statement with legal value to the effect of accountability and to claim damages out of or through the courts. If the other driver isn’t always willing to collaborate it is always recommended to get all his identity details (number plate, details of any present witnesses).

If there have been injuries it is also advisable to request the corresponding medical reports and that they show that the traffic accident was the cause of the injuries. This medical report also serves as evidence when determining the appropriate compensation, and therefore the amount of claim to the Insurer.

You have to immediately inform the accident to your Insurance Company, within a period of 7days. If we consider that the responsibility is that of the other driver we have a period of 6 months to file a criminal report and if it is not considered an offence 1 year for a civil claim.

Always read in detail the terms of the Insurance policy you could have already accepted the cover of Legal Defense.

2. What does my Insurance Company do once the claim has been declared?

When you report a claim to your insurance company, a management process begins which aims to pay for repairs and indemnities to the insured and his vehicle as well as injured third parties.

The majority of insurance companies in Spain have established a system of collaboration in claim management, so that the client will have their claim resolved in a few days with the least amount of inconvenience where possible.

This claim management system includes the CICOS system and the CIDE and ASCIDE agreements. The majority of Insurance Companies are affiliated to CICOS although there are still some who are not. CICOS which means “Claim Compensation Computer Centre” is a computerized system and all the companies that belong to CICOS are connected. This system actually resolves nearly 83% of all claims that are produced in Spain, which is more than 2.5 million claims per year.

It consists of a direct compensation system between insurance companies, which undertake to address accidents involving only property damage (collision between two vehicles).

This is to say that this cannot be refuted if the vehicle is insured. Once responsibility has been accepted, each company repairs the damage to their insured. This means that if you are not to blame, it is Zurich that pays for your claim, not the other company. The opposing company will pay a fixed amount, regardless of vehicle damage. The CICOS module in 2011 is 882€.

CICOS reduces the time in which a claim is handled. For example, if there is a signed Agreement Form, both vehicles have declared the claim and are in agreement, the claim can be processed in less than a week.

If any of these things fail, the opponent hasn’t declared the claim, the declaration form doesn’t exist, someone isn’t in agreement, etc. the claims are usually resolved within 2 – 4 weeks. The CICOS system will not affect the insured’s (who is not to blame) no claims discount, even though it is Zurich who pay for the repair of your vehicle.

Which Claims are managed through the “CICOS” system?

The CICOS system is made up of the CIDE and ASCIDE agreements.

CIDE: Direct Spanish Compensation Agreement. In the said agreement those claims that are produced by direct collision between TWO vehicles, whichever class or use of vehicle it may be. It is necessary that the TWO vehicles have compulsory Liability insurance and that they correctly fill out and sign the Agreement form.

ASCIDE: Supplemental Agreement to the Direct Spanish Compensation Agreement. An Extension to the CIDE agreement -claims where the Agreement form is not completed or signed.

Do all Claims enter the “CICOS” System?

No, not all car claims are managed by the CICOS system. There are specific cases of claims that are treated by another type of agreement: the SDM.

For example, those that do not enter the CICOS system: Physical damages to people will be done through a separate agreement. Claims that are between vehicles from the same Company. The implication of two or more vehicles in the same claim. The non existence of a direct collision between vehicles. Damages produced by a detached load. Non vehicle property damage (for e.g suitcases).

SYSTEM ”SDM” is a system similar to CICOS, formed in the year 2002, with the participation of the most important companies, Property Damage claims system. In this system enter those claims where material damage exists and is not set out in the CICOS system. For example:

How does the video survey service work?

All you need to have is a Smartphone with a camera and internet connection.

Once you have requested the video assessment appointment you will receive a link to your mobile through which you can connect directly to the adjuster. Clicking on the link will open a video call with the adjuster who will speak with you and ask you about the circumstances of the incident. He will then proceed to ask you to point the phone to the objects or damages that need to be repaired.
This is a very advanced technology being used in varios European countries and allows several uses,including measuring pipe distances.

During the video assessment if you have the the repair / replacement estimate,the adjuster will directly authorise the compensation payment.

The home claims that can be seen right now are:

– Claims for breakage of glass, glass ceramic and sanitary ware;

– Water damage claims without a third party being the source of origin or adversely affected.

The appraisals do not take more than 15 minutes and correctly resolve 90% of claims very quickly and satisfactorily.

How to request it?

Get a Quote Today! 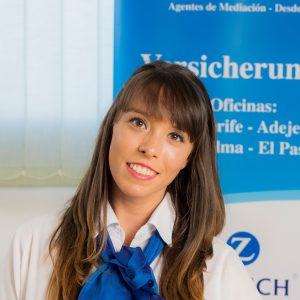 In the permanent search for excellence, we now have an online insurance consultation and advice service. We answer all your questions and offer you a personalised service:

Discover how it Works 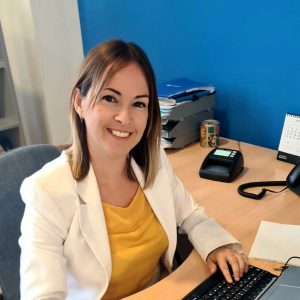 In our Online Customer Service Center you can process all your needs & documents, 24h / 7, without waiting or traveling … all at the distance of a click. You can process:

– Request a copy of your contract

– Request changes to your contracts

We are your trusted Zurich Insurance Agency in Tenerife since 1996.